Drb Tw Be Pin
In Fb 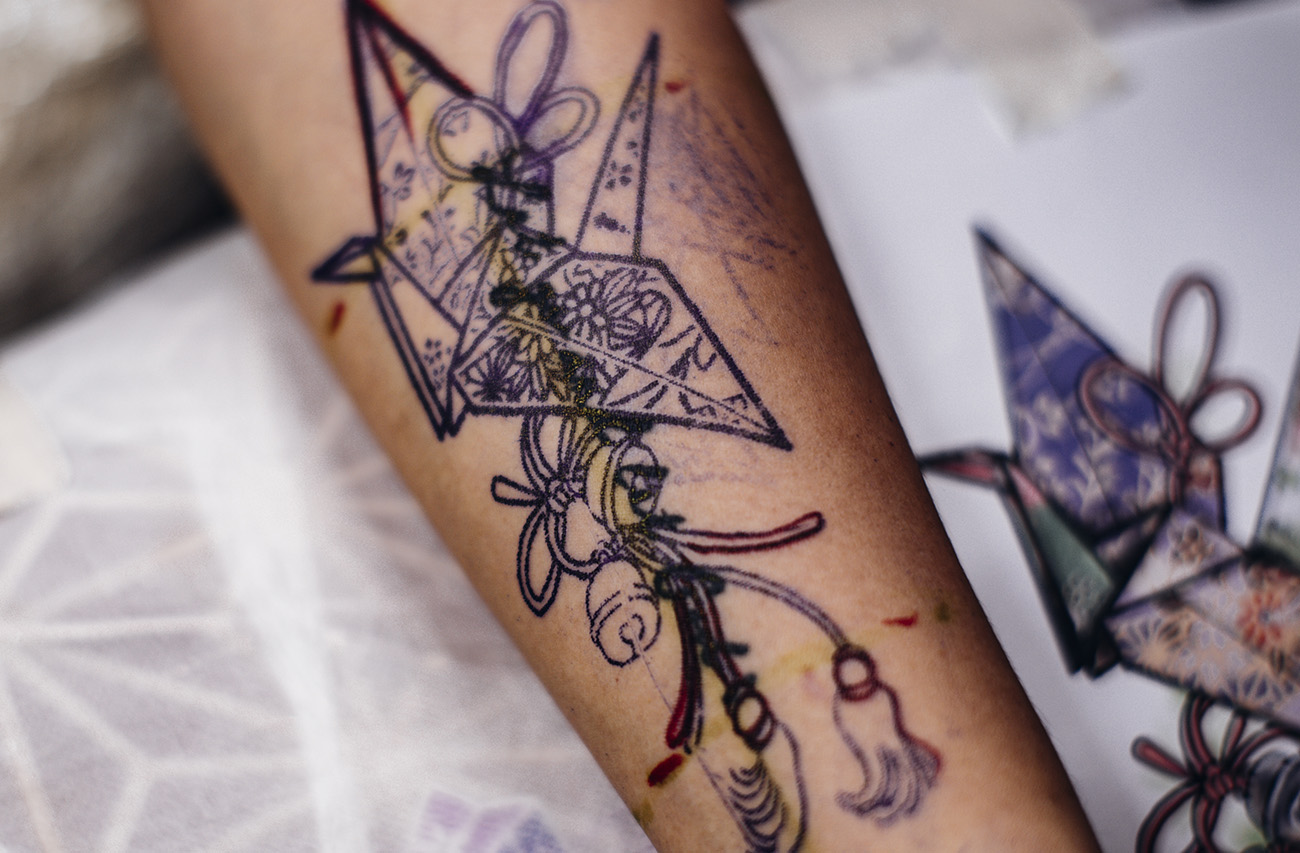 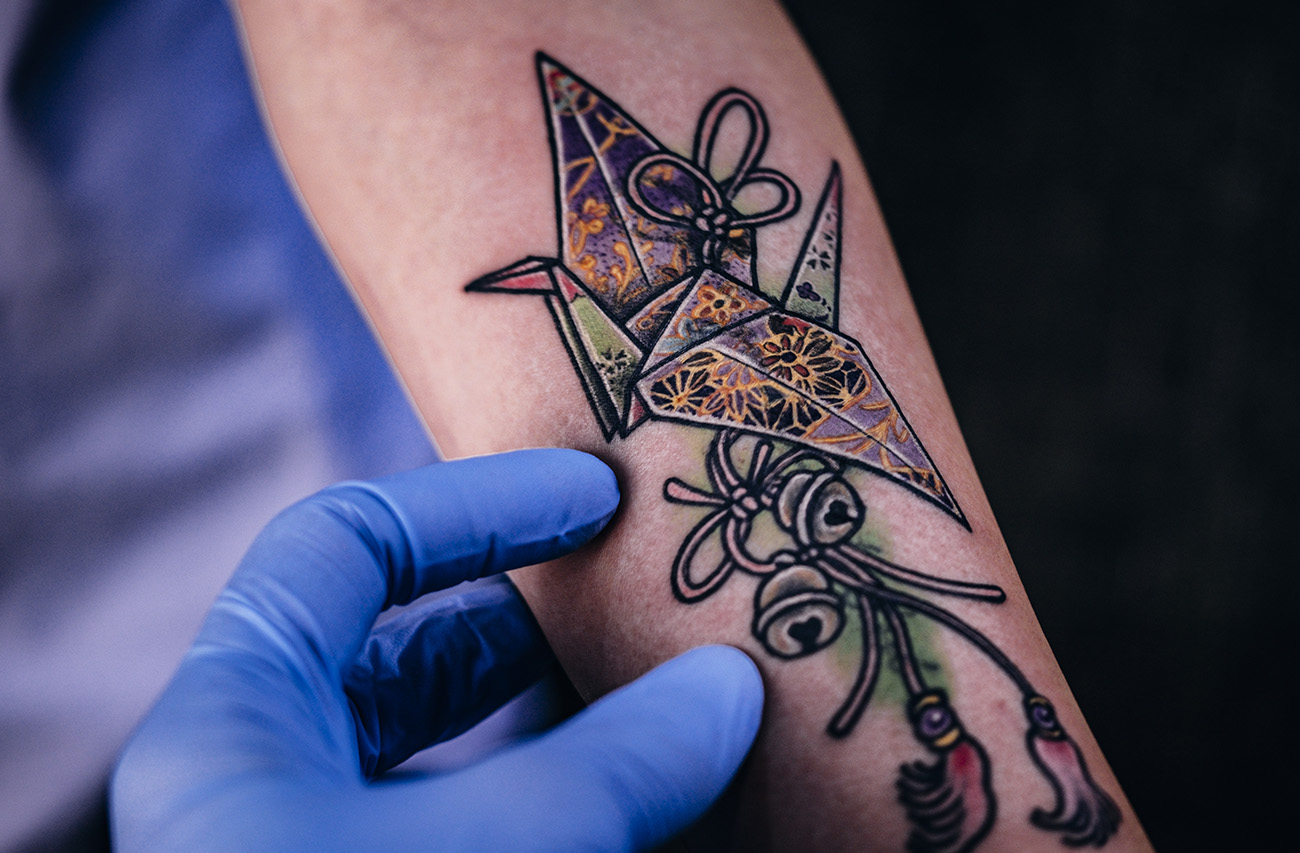 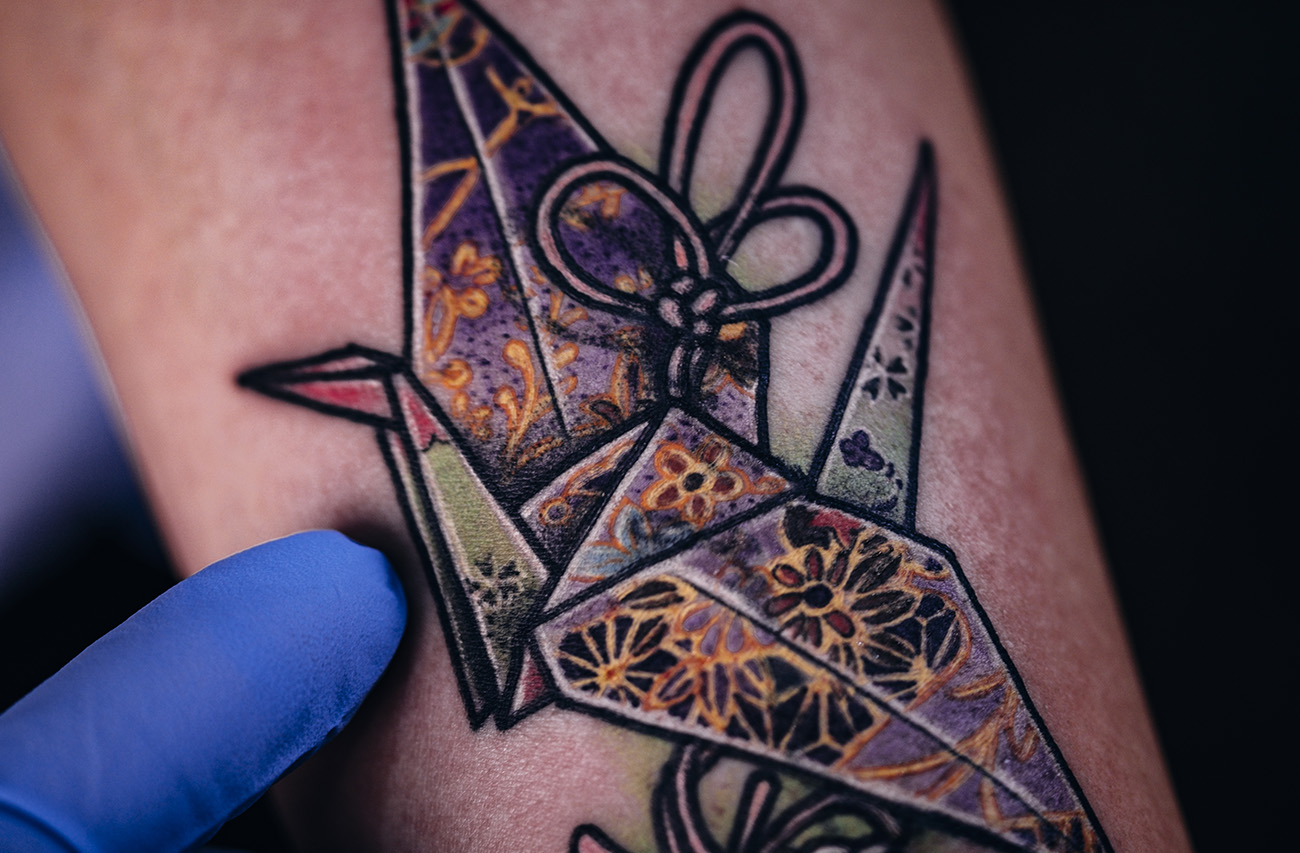 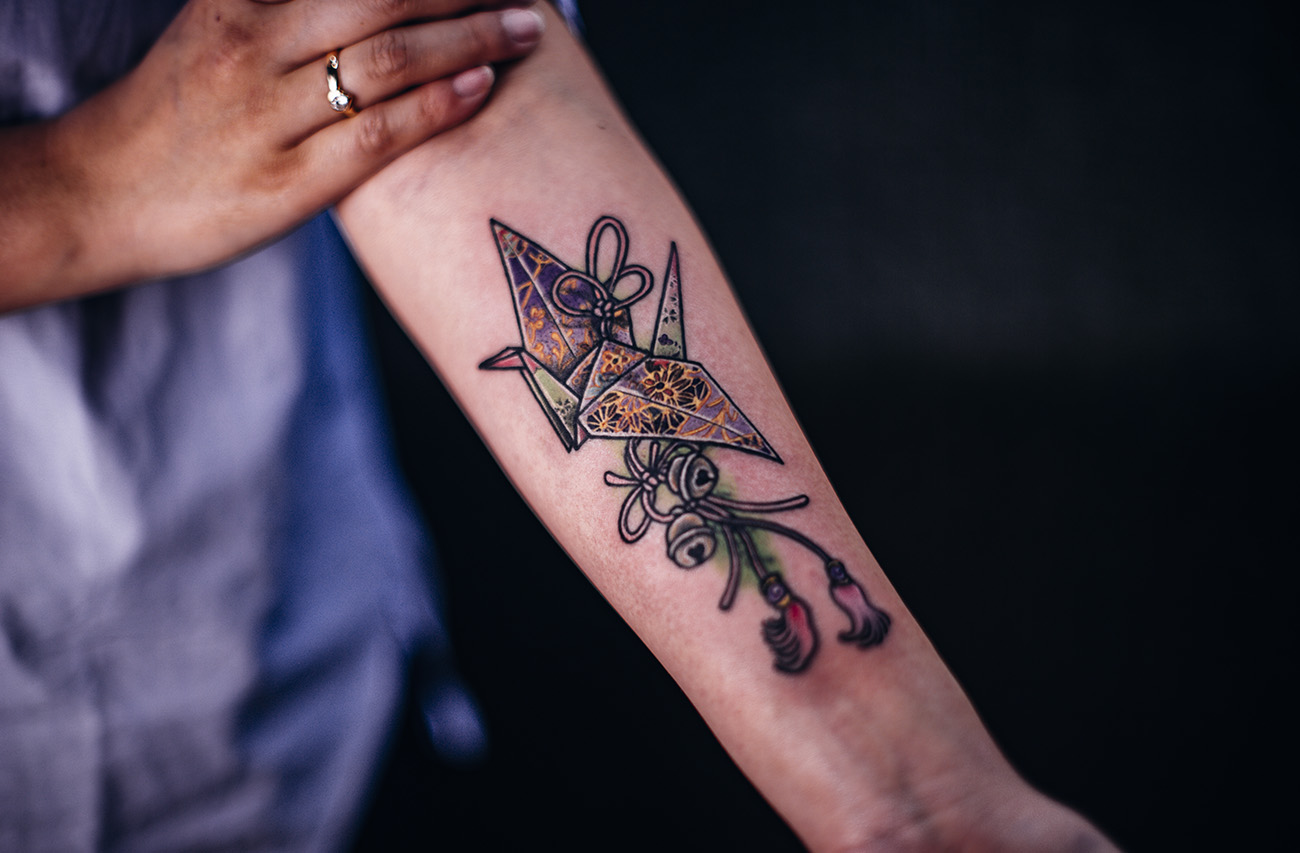 She asked for a cover-up on an old tattoo that she got when she was depressed. It reminds her suicidal tendencies. Her friend told her that she doesn’t like the quote tattoo, it has a semicolon in the ending that refers hidden meaning of letting go life. “Let go and let God;”

She asked me what tattoo that could represent the will of living. I told her, do you ever heard the story of “one thousand cranes,” it’s about a young girl who was exposed to Hiroshima radiation and developed Leukemia, her only wish was to stay alive. She begins making origami cranes with the goal of making one thousand in hoping that her wish will come true. But she folded only 644 before she became too weak to fold anymore. She passed away. People who heard the story began donating origami cranes in her honor. It became a symbol of peace and recovery. I made her origami crane charms design with bells as reminders for life.
She agreed, but in hesitation, she said, “do I deserves this kind of symbol?”

During the tattoo session, I question her what caused her into depression, she said mostly works, family, and others. “Most people only asked me for my money but never asked how I was doing”. One time on the telephone with her mom, She mentioned her depression and struggles but her mom just said: “yeah okay, anyway don’t forget to transfer some money”. And the worst is when a long friend calls her in a sudden, asking “did you changed your credit card? Cause I can’t use your Spotify”
“What the hell, what kinda friend is that!!” I responded.
There’s more, “I had a date one time, and by the end of the day, the guy asked me to borrow him money, and also an ex once telling me to buy a car so he can use it”

But that’s in the past, now she’s getting better after visiting Psychologist and learned how to say no in her life.

I said to her, “you know what, you need to stop attracting leeches and start attracting people who appreciate you for who you are, and your mantra for life is, I deserved it” 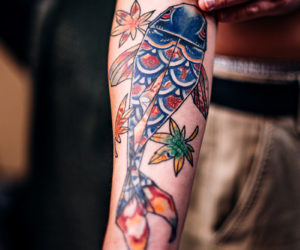 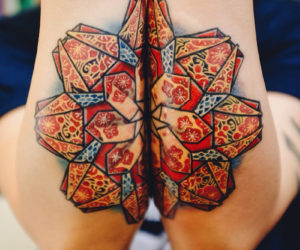 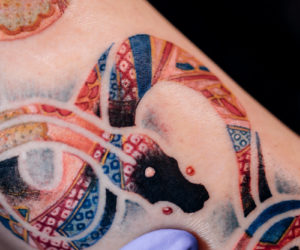 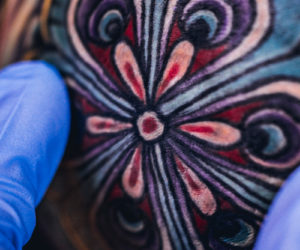